Throughout history some colors have created destruction. Some intense pigments were used widely for decoration as the concern about them was still unknown. Back then, you had to be a daredevil to use color by times. Read on to know how color is not always that innocent.

Let’s start with white, a misguidedly pure color. From the 4th century BC and for centuries longer, lead was used to create a white pigment, with an unrivaled density and opacity. From a block, it was grinded into powder. Being a substance that is quickly absorbed into the human body, lead poisoning disrupts all calcium functions and could even cause blindness and other neurological afflictions, including depressions and delusions.

Because of the great quality of lead, artists kept using it as paint, not correlating it to the many ailments painters suffer. It wasn’t until the 19th century that alternatives were available thanks to zinc and titanium. Only in the 1970s lead was completely banished.

Johannes Vermeer used lead in his paintings: Lady writing a letter with her maid & girl with the pearl earring.

In 1898, Pierre and Marie Curie discovered radium. It was then believed to be healthy, which is why they started adding it to medicine, toothpaste and even food and water. Praised for its luminous color, the substance was also used in clothing and jewelry. Only about 50 years later people realized that radium contained a radioactive element, which was harmful to their health.

But that’s not all for green. Scheele’s green and Paris green are also sheer contenders in this list. Dating back to the 18th century, these pigments were also loved because of their synthetic, vibrant look in comparison to natural green dyes. They were used for anything, ranging from wallpaper and textiles to food and toys. These pigments were derivatives from arsenic, a substance that distorts cell function, leading to cancer and heart disease. Many factory workers were poisoned. It is even speculated that Napoleon died from slow arsenic poisoning, Gosio’s disease, inhaling toxic vapors from the wallpaper in his bedroom that was laced with arsenic. Especially William Morris from the British Art and Crafts movement used an abundance of this pigment in his wallpapers, entering the poison into living rooms of many middle class families. Not surprisingly, his family was mining this ingredient at large scale, so he had plenty at hand.

Orange has always been a tricky pigment to come by. Realgar is one, known as “ruby of arsenic”. This substance was originally used as weed killer and rat poison in the Middle Ages, being highly toxic.

Before World War II, uranium oxide was popular as a reddish orange glaze for ceramics. Similar to the green uranium, this pigment also emitted radiation. Drinking coffee out of a nuclear cup is not the best way to start your morning. During the War, the US government confiscated all uranium oxide to be used for bomb development. Afterwards, it was used for regular goods again. Unfortunately, this orange was wildly popular in the sixties. Watch out with these vintage finds, as they may still contain traces of the active element. 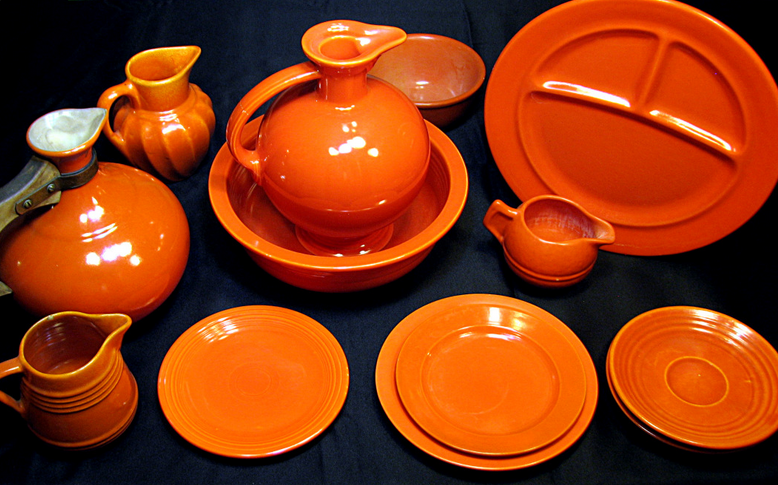 The red glaze on this brightly colored dinnerware contained uranium oxide, which is slightly radioactive.

A BLOODY RED, ORANGE AND YELLOW

Other warm colors to look out for are those consisting of cadmium. It was discovered by the chemist F. Stromeyer in the beginning of the 19th century. The pigment was rather expensive, as the metal is scarce. Sneaky like the other pigments, they misled many painters by their powerful depth of color. With only a tiny amount, bright oranges, reds and yellow colors came to life. Moreover, the colors retained their brightness and didn’t fade when exposed to daylight. The pigment characterizes many famous modern artists such as Henry Matisse, Paul Gaugin and Max Ernst. How else can you still admire Monet’s beautiful sunsets today?

But you guessed it, also this pigment is too good to be true. Exposure leads to shifts in cell growth and affects the liver and kidneys horribly. Inhaling the powder doesn’t do much good for your lungs and can leave you feeling sick with the “cadmium blues”. Strangely enough, blue hasn’t been a problem, although this is a color we don’t see as much in nature. Luckily, coloring and food dyes are being tested thoroughly these days and even see a return to natural elements. 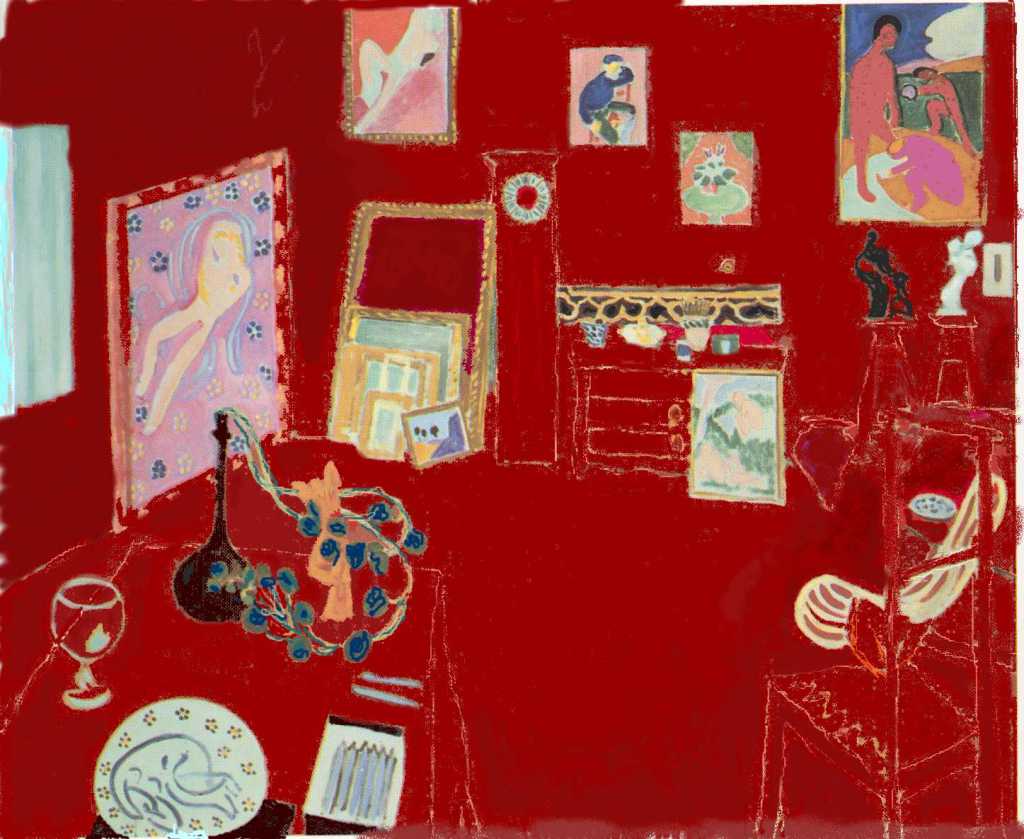 Henry Matisse used cadmium in his painting: The red studio.

The impact of color

On October 17th, the final of the Vlerick iGMO - EY Launchpad 2019 took place. In this final round, the most promising ...

Asking what Innovation Drift is about, is a lot like asking what the future is about: there is no singular answer, and...

Color training at University of Antwerp

The Product Development students at the University of Antwerp got an introduction to the Color Navigator System and its...